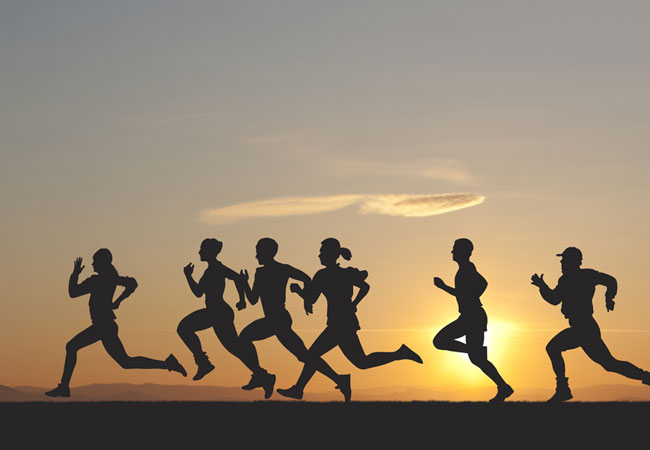 The Old Mutual Two Oceans Marathon is run under the rules of IAAF, Athletics South Africa and Western Province Athletics.

A marathon with global appeal is the Two Oceans Marathon. Hosted in the beautiful sea side city of Cape Town, the Two Oceans marathon attracts some 20 000 participants who willingly taken on 56 kilometres of open road and challenging mountain climbs. An interesting feature of the route of Two Oceans Marathon, is as the name indicates, it passes both oceans surrounding the South African shoreline – the Indian and Atlantic Oceans. It is therefore as stunning as it is challenging.

Runners begin their journey in Newlands and head out towards Noordhoek. It’s then that the most spectacular portion of the marathon begins – Chapmans Peak. The Two Oceans Marathon route didn’t include Chapmans Peak for a few years because of the danger of regular rock falls that led to the closure of this mountain pass. However, R156 million and a few engineering and construction feats later, Chapmans peak was reopened and was re-included into the Two Oceans Marathon route – much to the delight of regular entrants.

The toughest part of the Two Oceans Marathon, is undoubtedly the mountain climb known as the ‘Suikerbossie Pass’. After you’ve enjoyed the scenery of Chapmans peak and you’ve passed through the relative flats of Hout Bay, every ounce of remaining energy will be used as you climb this monstrous hill. The screams of supporters will edge you on to the top of this hill where you’re greeted by the welcome sight of the Atlantic Ocean.

Ultra Marathon Route: Chapman’s Peak Drive re-opened in December 2003, nearly 4 years after the scenic road was closed because of dangerous rock falls. The new road includes a number of additional safety features, such as 1560 metres of high energy catch fences and two curved canopy structures totalling 81 metres in length. The construction costs were in excess of R157 million.

Half Marathon Route: The half marathon route is along the same course as the ultra marathon for the first 6 km. Thereafter runners veer west through Plumstead and Constantia before reaching Rhodes Drive in Newlands and finishing at the UCT Upper Campus sportsfields.

To avoid disappointment it is advisable to book your accommodation well in advance for this event. Visit the Newlands Accommodation pages to find guest houses, hotels and self catering places to stay and for additional info about Newlands which includes attractions, restaurants and things to do, see Newlands Info.